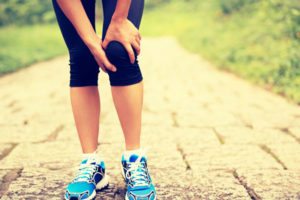 The patella is commonly referred to as the kneecap. It is held in its position in the knee by three tendons: the patellar tendon, Medial-Patellofemoral ligament, and quadriceps tendon. The kneecap is connected to the shinbone in the front by the patellar tendon and on the inside by the Medial-Patellofemoral ligament, and to the thighbone the quadriceps tendon. This network of tendons secures the kneecap and allows the knee to extend and bend.

Kneecap injuries usually occur when the foot is planted and a sudden twisting movement is made. Under this stress the kneecap shifts irregularly. This patellar instability results in two types of kneecap injury: subluxation (movement out of place) and complete dislocation. Kneecap instability injuries are more likely to reoccur if they have happened in the past. For patients experiencing continued instability, Dr. Shani discusses modern patellar stabilization orthopedic-surgery to return the knee to pre-injury sporting levels.

One surgery to correct patellar instability is Medial-Patellofemoral Ligament Reconstruction. Dr. Shani takes an autograft (from the patient’s body) or allograft (from a donor) and specially prepares the new ligament to replace the Medial-Patellofemoral Ligament, the ligament on the inside of the kneecap. Dr. Shani precisely anchors this new ligament into the kneecap and thighbone in a U-shape. This surgery is a combined arthroscopic and open technique, where tiny incisions are made around the knee for surgery with pencil-thin medical instruments. It is a minimally invasive outpatient procedure. Another surgery to repair the injured kneecap is Tibia Tubercle Transfer surgery. This procedure repositions the Tibia Tubercle (the bump at the top of the shinbone) where the patellar tendon anchors to the shinbone. This repositioning of the base of the patellar tendon keeps the kneecap centered in the knee and prevents side-to-side sliding which can cause patellar instability.

After surgery, Dr. Shani and a physical therapist work with patients for about six months on a personalized rehabilitation program to get patients back to sporting. Rehabilitation for Medial-Patellofemoral Ligament Reconstruction may take over six months and focuses on range of motion exercises and building strength in the knee. The knee is kept in a brace at full extension for at least three weeks. After two months, the knee brace may be discontinued, and after between four and six months most patients return to running. Patients return to jumping and contact sports after about six months of physical therapy and consultations with Dr. Shani. 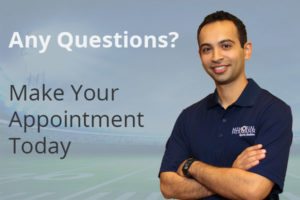